A downloadable game for Windows

Rogue Slash is a combination of original roguelike rules with isometric hack & slash gameplay .
4 characters with a different playstyle, 8 levels and one rule - if you die then you start from the beginning.

I create the game by myself (OMA - One Man Army!) and this is the moment when I need your help. It's not only about financial help, by selling game in Early Access, but mainly about feedback - what did you like, what was bad, in which direction the game should be developed.
I have a lot of ideas, but I do not know what players expect. Opportunity to play coop? A permanent upgrades system? A multitude of builds? Advanced AI? I have a lot of ideas, but I am asking you to help me decide what to do first!

I launch Rogue Slash in Early Access because I need players' help to create something awesome together. I have knowledge and skills, I have ideas, I need players' advices to be sure how can I improve it.
I'm not a several hundred people company, cannot buy market research on what is expected by players. I shoudn't be guided by my personal taste, because I create this game mainly for others, not just for myself.
I need players' feedback to be able to make this game better.

2. When Rogue Slash will be finished?

3. What differences will be between current version and final version?

4. How can you help developing Rogue Slash?

The opinion of the game community is the most important for me. I work in a large gamedev company on a daily basis, but I create Rogue Slash myself in my spare time. I can do anything with the game - I'm not limited by marketing research or what the boss thinks.
If you want to shoot AK-47 with screaming unicorns, I can do it. Play, send me your opinion on comments and let's create something awesome together!

In order to download this game you must purchase it at or above the minimum price of $9.99 USD. You will get access to the following files:

Not to bad. Comabt is pretty fun. It's fast paced and I like that. I really really wish there was loot. Something that would modify my runs. Give me more damage, health, that kind of stuff.

I would also highly recommend to remove the DnD logo that shows on the map. Wizards of the Coast can be quite litigious and that's something you don't want or need.

Overall I look forward to seeing what you do with this game. It has potential.

Thanks man!
I was thinking about adding loot too (so it changes stats but not how character looks - it will depends on skins) so you opinion is a +1 to my "loot" position on feature lists:D
Didn't had an idea about DnD logo... Found map icons on royality free icons site and I didn't checked what is this icon;/ I will fix it today ASAP. Thanks again!
edit: Fixed this map icon/logo problem already. 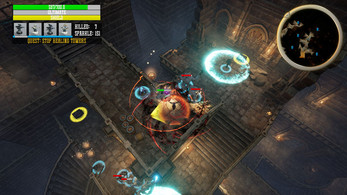 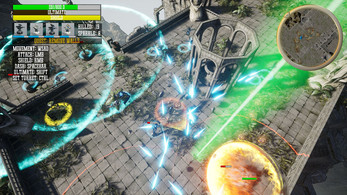 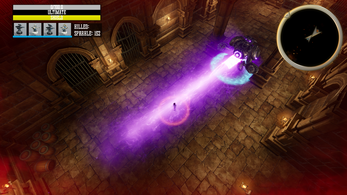 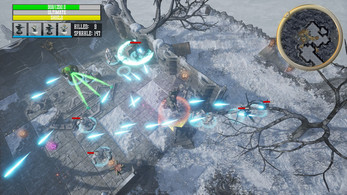 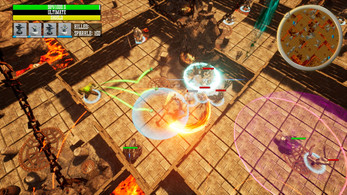 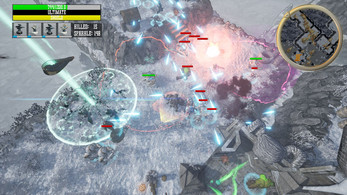